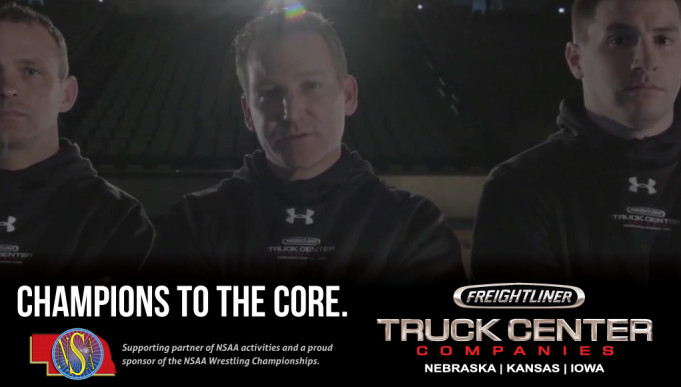 Being in the wrestling room. Hanging with friends. Competing. And, most of all, time spent with his dad.

This story is the story of a father and son, of how a father’s legacy lives on and how the son used those lessons to build his own championship team.

Trey Mytty grew up in the wrestling room at Tekamah-Herman High School, finding high school wrestlers to be his heroes. When your dad is the coach that’s how the world works.

“We enjoyed wrestling very much,” Mytty says now, as President and CEO of Omaha-based Truck Center Companies. “I started going to practice with my dad when I was two years old, and wrestled my first tournament not too many years after.”

“I have great memories from that time. Those older wrestlers really took me under their wing. I looked up to most of them.”

At the time, Guy Mytty was building a Tiger wrestling dynasty.

The older Mytty worked his way through college on the night shift at Western Electric and, upon graduation, was offered a management position that would pay much more than his first teaching and coaching position at Tekamah High School in the fall of 1970.

But, the money meant little to Guy Mytty so off he went to teach and coach, doing just about anything they asked him. But, a wrestling dynasty was in his blood, passing on lessons he learned at Fremont High School and later Midland Lutheran College.

By 1977, coach Mytty had his first state team title, the result of a junior program that had many participants and a coach’s boundless energy. In the 1980s, the Tigers were a Class C staple at the state meet in Lincoln. And Guy’s only son was there to watch all of it.

During his freshman season of 1989, the Tigers put together what has long been considered a top all-time team of small school wrestlers. They qualified 12 of 13 wrestlers for the state meet and their 192.5 points is still a Class C record.

“The time I had with my dad in high school was hard to beat,” Mytty reflected. “To have your father as your coach is a special kind of relationship. Wrestling definitely came home with us, but we loved it.”

“I wouldn’t say it consumed our time together, though. My dad would have much preferred we were good students and take care of that over wrestling. That was always more important to him.”

Trey looks back on that time more because of the lessons than the accolades. He qualified for state as a freshman and junior, but didn’t medal. As a senior he suffered a broken leg just before Christmas, tried to make it back for districts but couldn’t make it work.

Those lessons he learned were pretty simple.

“My dad was always about three things with the guys who were his wrestlers,” Mytty said. “Always give everything you have. Learn to win and to lose with dignity. And that if you gave your all, you had been successful.”

Powerful words for high school students and wrestlers, even more for a son who would go on to pursue a marketing degree at the University of Nebraska in the fall of 1992.

Then, just before school was to start in August of 1993, everything changed. Those lessons wouldn’t be heard anymore, but remembered. Guy Mytty passed away of a heart attack competing at a tennis tournament in Kansas City. He was 46.

Immediately, the Mytty family was able to honor the legacy for their father. Every year since 1994, the Nebraska Scholastic Wrestling Coaches Association has honored an outstanding senior wrestler from each class with an award in his honor.

One year later, the Nebraska Coaches Association developed the Guy Mytty Award given annually to a “person who has shown outstanding dedication and service to high school wrestling in Nebraska.”

In 1998, he was selected to the NWSCA Hall-of-Fame. In 23 years as a coach, he produced 176 State qualifiers, 76 medal winners, 34 state finalists and 12 champions. His teams won four state titles, 16 district championships and 19 conference titles.

His wrestling legacy still lives at Truck Center Companies, where his son has built a business on the foundations from his dad and his coach.

“I think without a doubt we run our business with a team approach,” Mytty said. “We look for people with wrestling, anything athletics really, in their background.”

“I can’t even count how many times we have hired people that way. With wrestling it’s really a sport where your success is up to you. But, it also teaches hard work and respect, those are qualities we need.”

Mytty started with then-Omaha Truck Center right out of college and has worked his way to owning Truck Center Companies by using most of those lessons he learned in the wrestling room when he was two. His company has now expanded to eight cities in three states.

In addition, he is proud of the impact of the Guy Mytty Memorial Scholarship that is provided annually to an outstanding senior who isn’t necessarily a wrestler. Proceeds come from a foundation set up in his father’s memory and is matched each year by TCC.

“My sisters and I are very proud of that scholarship and I think he’d be proud as well,” Trey said. “One thing he always said was that he’d rather be disappointed in someone multiple times than to see them give up.”

“We try to find those qualities in the students who are recipients of the scholarship.”

Trey Mytty also sees a lot of his dad in his company’s relationship with Make-A-Wish Nebraska. For the past 21 years, the company has raised nearly $2 million for the foundation where Trey serves on the board.

“There are so many great charities out there to work with and one thing we wanted to do was to really concentrate on one that was close to our employees,” Mytty noted. “Our people picked Make-A-Wish in the mid-1990s and it has been a great partnership ever since.”

All of the success started in a wrestling room 40 years ago. But it has lived on, those lessons. Of hard work and sacrifice. To never give up. All of those special life skills you need to be successful.

This weekend at the state wrestling championships Guy Mytty loved so much, someone else will learn those lessons. And, someday he’ll pass them on like Coach Mytty did to his wrestlers and his son. 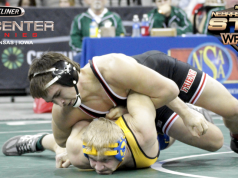 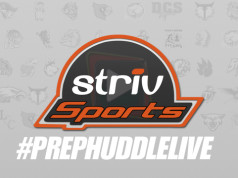 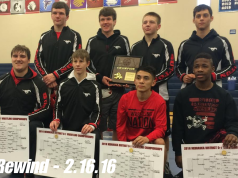