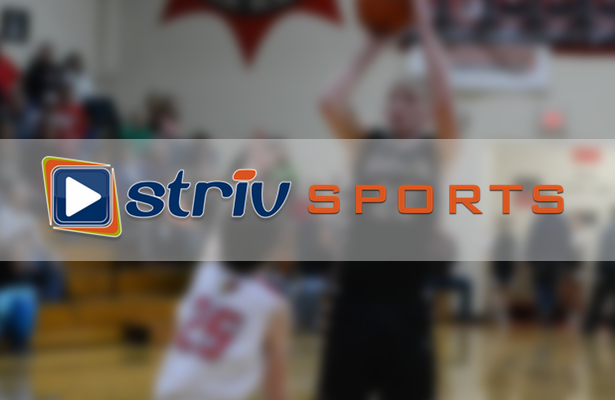 What is your scrapbook day? Maybe, you don’t even have one yet. It’s your specific day that you can remember where you were and what you did.

As you get older, there are the special ones: the day you got married, the day your kids were born, maybe there are others. But what about before that? Was there a day that molded or shaped you? Maybe it’s still to come.

My day is today. March 11th. The day we launch for Striv Sports for the Nebraska high school sports community; for the players, the fans, the coaches, and, heck, maybe for a kid who wants to write about sports in future.

On March 11th, 1994 my basketball buddies from Hampton and I did something no one thought we could do in the state semifinals. Well, I didn’t do much, really. I played about two minutes in that win over top-ranked Adams and their Nebraska recruit Chad Ideus. About 10 days earlier, the newspapers told us we couldn’t. They said, before the wild card was invented, that Adams and Falls City Sacred Heart’s district final game was “the real Class D-1 state championship game.”

I’ll cut that out, I thought. Since I couldn’t tweet it or post it to Facebook, I copied it and put it in everybody’s locker. See how far it gets us. It took us to that Friday night, March 11th in Pershing Auditorium. 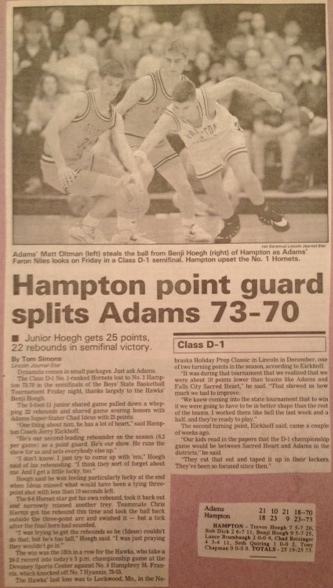 The Lincoln Journal-Star’s headline the next day? Hampton point guard splits Adams, 73-70. It almost doesn’t matter now, that we lost the next day – by a single point – in the state finals. I had learned most of what I needed to know about life with my buddies that year: work hard, be a good teammate, others over self, perseverance.

Twenty years later, we’ve turned into husbands, fathers, school administrators, teachers, accountants, business owners, sales managers, and, yes, writers. But, I think if you asked each of us what guides us, it’s probably what we learned from our parents and from being a part of the 1993-94 Hampton Hawk basketball team.

In our first comprehensive story, we look back on March 11th five years earlier. You’ll have a hard time convincing me otherwise that it wasn’t the finest championship day in the history of the boy’s state tournament, before or since. We hope the story brings back memories for some and is a history lesson for others.

We’d love your feedback and for you to generate what Striv Sports turns into. We hope you have as much fun with us and as we did creating this idea. Hop on, it’ll be a fun ride. 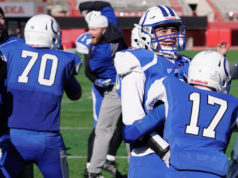 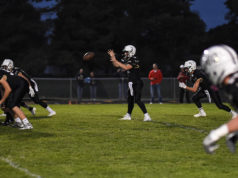 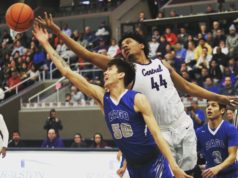