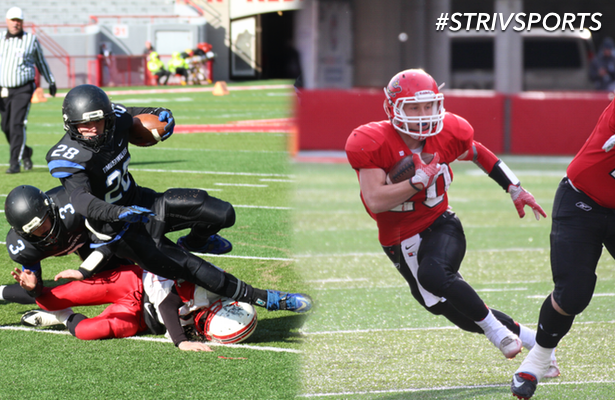 They’ll talk — for long time, probably, in Boone and Fillmore Counties — about the football players from the Class of 2015 and what they meant to their schools and communities.

Rarely did they lose — four times, combined, in the last three years — at Boone Central/Newman Grove and Exeter-Milligan. All four of the losses to the eventual state champion in their class. Let that soak in for a minute.

And, in the space of The Rewind, we won’t ask for a better ending to the fall sports season than Wyatt Mazour’s 384-yard, five touchdown (he added a sixth on an 83-yard punt return) performance in BC/NG’s 54-14 win over Ashland-Greenwood in the C-1 finals on Tuesday afternoon.

A day earlier, Exeter-Milligan won their 26th game in a row when they defeated Anselmo-Merna for the Class D-2 title, 40-26. Kyle Jensen capped a marvelous senior season with a 187-yard, three touchdown effort as the Timberwolves won their second straight title and finished the season in Lincoln for the third consecutive year.

Both were “stars-of-the-week” on our Prep Huddle LIVE show earlier this fall. Mazour going so far as to send us his Hudl clip via Twitter. We had plenty of fun this fall and hope for some more this winter — possibly with those same two guys, who do things pretty well on the hardwood as well.

Those two Striv champions capped a lackluster group of state final games where the middle four games of the six title contest featured the 35-point running clock in the second half. It could mean, too, that the teams that won are really that good. The total score of the six final games? 267-64.

They’ll be remembered — all of the state finalist teams — in their communities for a long time. In our opening piece this fall we asked, “This is Fall: What Will It Teach You.” These teams, in particular for us, reinforced just what it means to be a great together. Many had stars that deferred glory. And role players who didn’t get their names in lights, but sacrificed for the good of the cause. That’s what makes sports great, and it’s why sports are the ultimate teacher.

Want a photo? Email us for a download link.