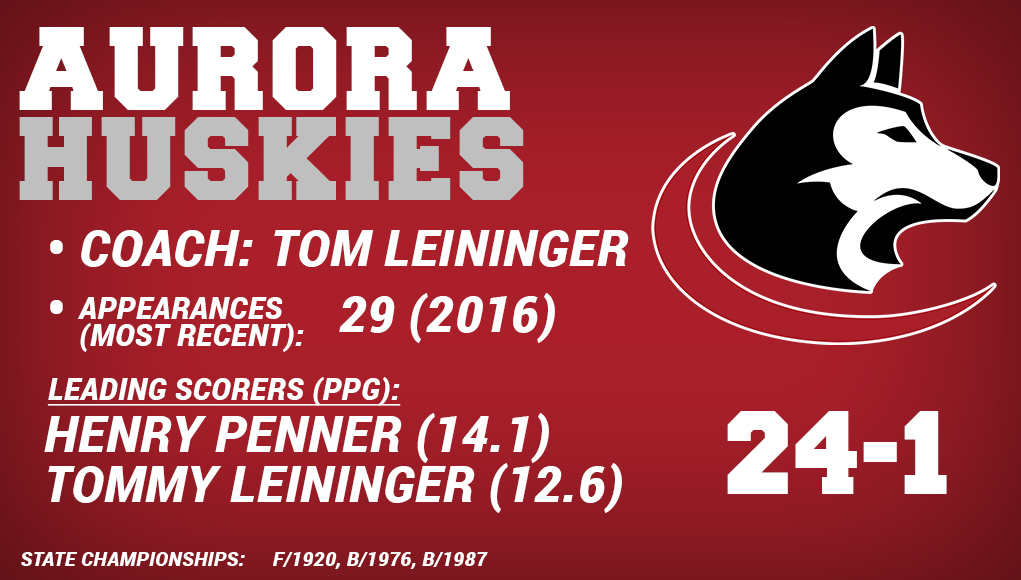 The second-ranked Huskies steamrolled through the B-5 District en route to a second straight state tournament appearance. Aurora, which has not lost to a Class B opponent this season, won their first 20 games before losing to Omaha South in the Heartland Hoops Classic. Junior Henry Penner leads the Huskies with a 14.6 points per game average, while Tommy Leininger chips in 12.6 points/game. 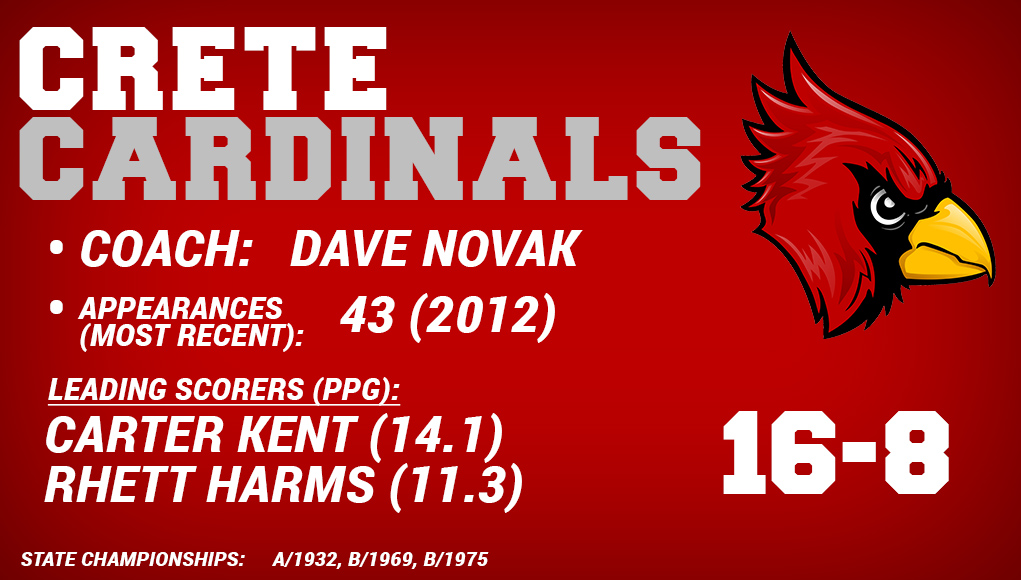 One of the hottest teams in Class B, the Cardinals have won seven of their past eight games, with lone loss a 45-43 set back to Aurora. First-year coach Dave Novak has a team built around defense as the Cardinals give up just 41.5 points per contest. Junior Carter Kent averages 14.1 points and five rebounds while also having 72 assists and 72 steals on the season. Air Force football recruit Rhett Harms averages 11.3 points and seven rebounds.