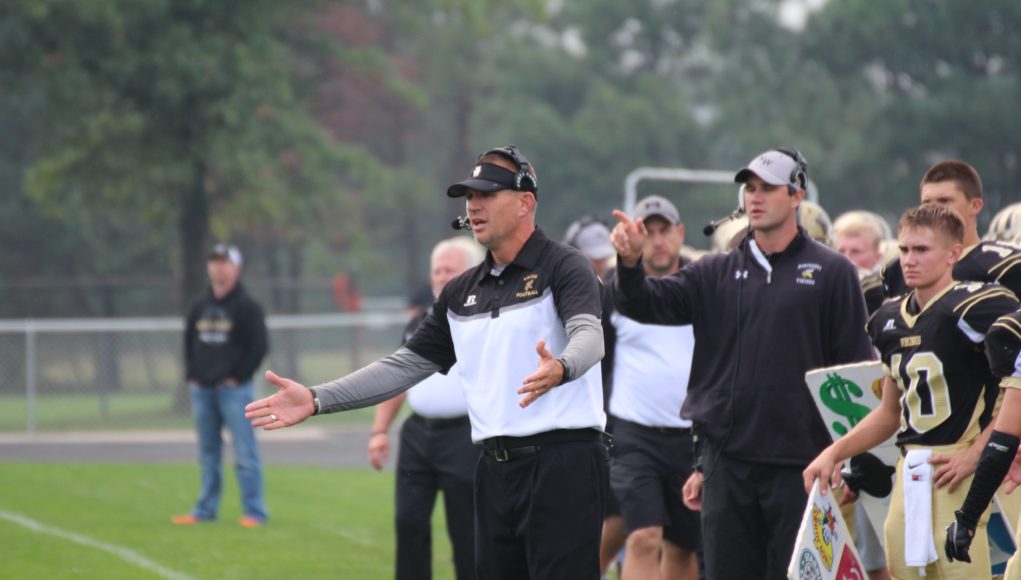 There was a reason, I guess, that Northwest football coach Kevin Stein suggested the Cow Palace in Grand Island for breakfast Monday morning.

Much like his coaching style, it’s part throwback, part 2016.

Wifi, but no debit cards. Flat screens, and two breakfasts for $8.55. Total. A perfect place to discuss the fall.

“What do you want to talk about,” he quipped before the recorder ran for 30 minutes and change.

What do sports mean, coach? Why do you still do it in this day an age where a parent sometimes controls whether this year is your last? What keeps it fun?

They’ll start practice today. Your kids, parents. They’ll run a gravel road, put a helmet on, throw a softball or learn about how important it is to be together on a volleyball court. They will learn about life, about being a good citizen, in ways you can’t always teach.

“I always really thought the two biggest things you got was how to work hard and how to prioritize,” Stein said, who now coaches his oldest son, Peyton, and has a freshman daughter, Emily, who will play softball for the Vikings. “You have to get your bag packed in the morning. You have to be ready. You have to figure out a way to study, whether in class or after practice.

“And that’s just outside the lines. Once you get inside, goodness. Adversity. How to react, all those things.”

Coaching might be as thankless now as it ever has been. Of course, I have a soft spot for these guys (and gals) who, mostly, have a positive, meaningful impact on kids. It’d be great for parents to keep this in mind over the next nine months. They want your kid to succeed in life, not just the sport they happen to be playing.

My soft spot goes back to my dad, and for Kevin it’s the same. Dick Stein coached at Yuma, Arizona when his youngest son was starting elementary school. He took the job at a school, five miles from the Mexican border, that had the nation’s longest losing streak: 68 games.

“The Criminals,” Kevin joked about the school’s nickname. (I even looked this up to make sure he wasn’t putting me on. It’s true.) “Dad won four games that first year.”

The elder Stein, who grew up in eastern Colorado and played football for Colorado State, put his roots down in Chadron, however, finishing his long career there in 2005. Those memories of Chadron are what keep Kevin coming back; hoping to impact a young life.

“Dad always dropped us off at school and mom wanted me to leave practice at 5:00 so we could eat supper at 5:15,” he said. “I’d go to practice and build a fort with the tackling dummies and the try to throw a football and knock them over.”

I’m laughing now, only because I did the same.

“Dad would yell at me at 5:00 and say I had to get home,” he continued. “I’d ask to stay every ten minutes. He’d let me. My mom knew I wasn’t coming home but she knew where I was. I guess the reason I still love this is because I think I am still the ballboy on my dad’s sideline.”

The lessons of fall and the fun and the discipline are good, he says, to share and pass on. Even if he sometimes think those lessons can go in one ear and out the other.

“With my daughter, you know, we try to impress those little things,” he said, now in parent mode. “When it’s time to pick up balls, pick up the most balls. If it’s time for a break to get a drink, jog in to get a drink and be ready to get out there first.

“Those are things we learn as adults. Get to work five minutes early. Do something extra that helps.”

All things, that coaches are trying to teach your kids. And, for that, we should be thankful. But, sometimes I am not so sure we are in 2016. We worry about our kid playing and not the team winning.

Coaches, remember, want to win even more than you do, parents. I hope it’s time we focus on remembering that. And the fun that the sports season brings for our kids and our communities. And, the stories we get to share and the memories we get to make.

“I got up and got in my truck this morning and the fog was on the windows, everybody will have shoes that are soaked,” he said. “There is a child-like faith out there today that everyone can be a state champion.

“That’s what I’ll miss when I retire.”

“You kind of forget the practices and the games,” he said. “But you don’t forget those one-on-one’s. The personal conversations with a kid in your office. Those are impactful.

“And, to see kids come back when they are done? That’s the most fun, to see what they did when they left.”

Those are memories for me too, coach. Those relationships you get to build with players and coaches and even the parents.

Hopefully this year, we all learn something new along the way. All of us. Sports, if we let them, will teach us life. Let’s make sure we don’t forget.

Oh, and next time, breakfast is on you. The lessons are free. 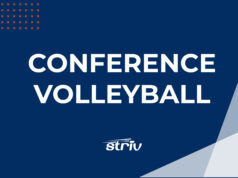