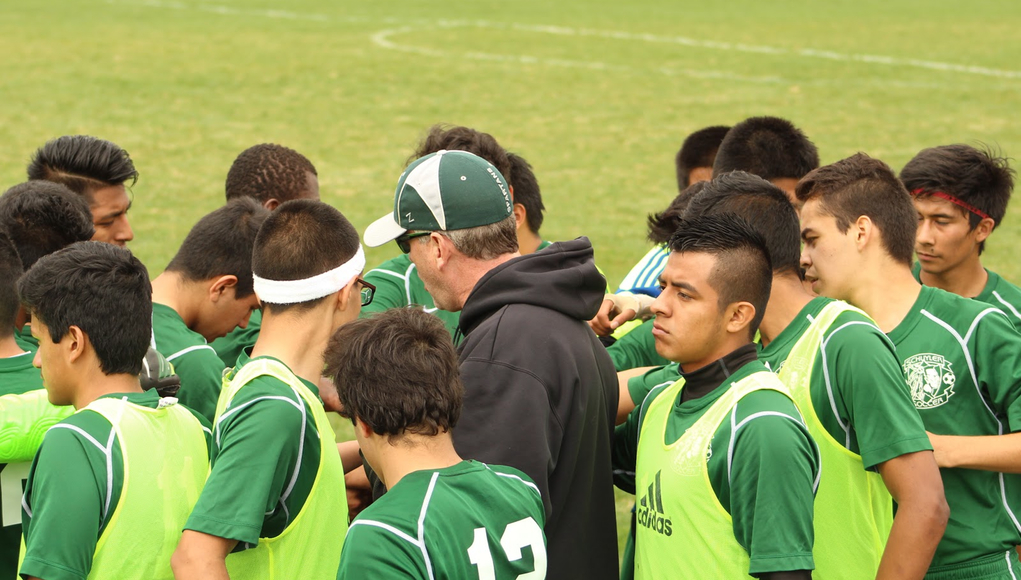 The lights are turned off in Omaha as the black curtain is hung on Michael G. Morrison Stadium. The 2014 soccer season has come and gone, and for the Warriors they find themselves on the wrong side of the “Madness at Morrison.”

They begin their long 76 mile trek back to Schuyler. But in the players’ minds, it is just beginning, as they start planning their next trip to State. One that would be, in 2015, the fifth trip in as many seasons for the Warriors.

If you happen to find yourself driving around Schuyler, Nebraska one evening, you might find something particularly strange. With basketball and tennis courts sprinkled throughout the town, you might expect to see kids playing catch or playing a game of pick-up basketball, instead, you would see the town kids playing a game of soccer. This is a common occurrence, and not just in the summer, it happens all year round.

But it didn’t always used to be this way. Take a look about fifteen years ago and things would be different. Whites would populate the majority of the town. During this period, Schuyler had a knack for excellent soccer. From 2001-2003, the Warriors made it to the State Tournament three times and finished runner-up in 2002.

With the opening of Cargill Meat Solutions, a meat packing plant, the citizens of Schuyler saw a shift. Immigrants from Mexico and Guatemala moved to Schuyler and worked in the packing plant. They started to make homes for themselves and grow families. Many of the children would grow up soccer fans and watched the local high school soccer team take the pitch. This movement started to improve the soccer program.

The program first saw the improvement in 2006, as they qualified for the state tournament, but they made a quick exit, thanks to Columbus Scotus. Over the next four years, the program would fall in the district tournament coming ever so close to a chance at state.

The program kept climbing the ladder to the state’s elite. It wasn’t because the town was filled with three sport athletes that played the game. The turn around happened to be something deeper.

In 2010, first year head coach Chris Ladwig, had turned the team around. After a 2-3 start, the Warriors found themselves winning 11 of their last 13 games. Standing between them and a trip to Omaha, was top ranked South Sioux City. After a defensive deadlocked 100 minutes, the two teams went to a shootout. South Sioux City defeated the Warriors on the fifth kick. Once again, the Warriors found themselves on the wrong side of the mark.

The next year, the program was in new hands. Lyn Beebe took over and he was able to work with sixteen seniors. His team finished 11-1 never losing to a Class B team. Standing in their way for a district championship game and a berth in Omaha was South Sioux City, the team that knocked them out the running the year before.

Schuyler cruised through their next two games and landed in the state semi finals.

Next was Gretna. The Dragons also had not lost to a Class B opponent that year. They also happened to be the program that beat Schuyler for the title in 2002. The Warriors had hopes, but found themselves on the wrong side of the “Madness at Morrison.” Gretna won 5-2.

Sixteen seniors left the program and questions surrounded the program and fans wondered could it happen again? The season would be filled with cancelled games and injuries but that didn’t faze the Warriors. They found themselves back in the district title game. South Sioux City, once again, stood as the counter part. The Cardinals won 3-0. All was not lost; the Warriors were headed back to Omaha as a Class B wild card.

Their opponent: Gretna. One Game. One Team. One Goal.

Schuyler would advance 3-2 on penalties and one goal proved to be enough in the shoot out. Schuyler then fell to Omaha Skutt in the semis. Dismayed at a 5-0 decision to the Skyhawks, the team made a pact, they would return.

The Warriors got off to an ugly start in the 2013 season. They fell 10-0 to eventual Class A State Champion Omaha South during the first game of the season. A shootout win over Mount Michael, and shaky performances to lesser opponents, but none the less, back to the district title game would they go.

The Warriors and Cardinals found themselves even at one at the end of regulation. Then madness happened. South Sioux got a 3-1 advantage at the intermission of overtime. The Warriors battle to cut the deficit in half, but the Cardinals pushed it back to a two goal advantage, 4-2.

But something kept working.

Schuyler would once again cut the deficit to one at 4-3. But the Cardinals were No. 1 for a reason. They defended off a multitude of last second shots to win the district.

The Warriors, however, found themselves holding a wild card. They had a shot at Columbus High. Primetime, underneath the lights at Morrison Stadium, in the final game of the day.

In 2014, Schuyler started the season 1-2. Losses to Omaha South and Elkhorn South, dampened the mood around the program, but once again the Warriors found themselves knocking off Scotus in penalties in the regular season and hosting the district title game. They had a chance to win the district title for the first time in four years, but lost a 3-2 decision to the Shamrocks.

However, the Warriors advanced sub-state where they knocked of Holdrege and then advanced to the semifinals with a 2-0 decision over Ralston. They were one game away from a rematch with their rival Scotus.

Gretna was the opponent and knocked the Warriors out of the running. With less than ten minutes to play, the Dragons knocked home a rebound shot that decided things. The ride was over. The senior class had amassed 51 wins, a State Runner-Up, a district title, 3 district runner-up district finishes, a Central Conference Tournament Championship and four state tournament births.

Why was this class so successful. A mixing pot of sorts with 85 percent of the team dominated by Hispanic soccer players. This happens to be opposite of the three year run in the 2000’s.

Part of it had to do with balance. Former Schuyler defender, Jordan Kort, a four-year starter notes, “They’re good at what they do. We are good at what we do. We do our job and they do their job. We get them the ball and they use their skills and they score.”

The success can also be looked at through the Hispanic heritage. They have a love of the sport. It is their way of life. They live, breath, and play it. It is in their blood. Their parents have instilled it in them. They grew up watching soccer 24/7.

Beebe, now in his fifth season on the sideline, has taken note of the culture and the success. “The number of players out for soccer in the program overall. It is big in the Latino Community. It is something they grew up with. Their parents support it and their brothers and sisters have gone out. There have been enough generations to see it is successful in the community.”

The Warriors have now won six of seven since the slow start and over the weekend, they finished third in the Central Conference Tournament. They lost their semifinal game to Crete, who won 2-1 on penalties in sudden death.

The season’s end is quickly approaching. Schuyler is battling for a birth in subs-state so they can get that one shot for 80 minutes at Morrison.

Senior Midfielder Miguel Andrade, whose parents immigrated to Schuyler for a better life, states the success of the program is born out of culture, “Our culture is very important to us. Passion for soccer has been passed on for generations. All of us share the same characteristics and we have a bond between each other and understand each other.”

A trip to Omaha is still what defines Warrior soccer. But, they have still found themselves one step short of the ultimate prize.

So they ready themselves for another shot. One Game. One Team. One Goal. 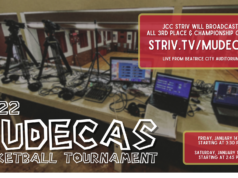