Home #nebpreps In Defense of the Coach — Your Coach 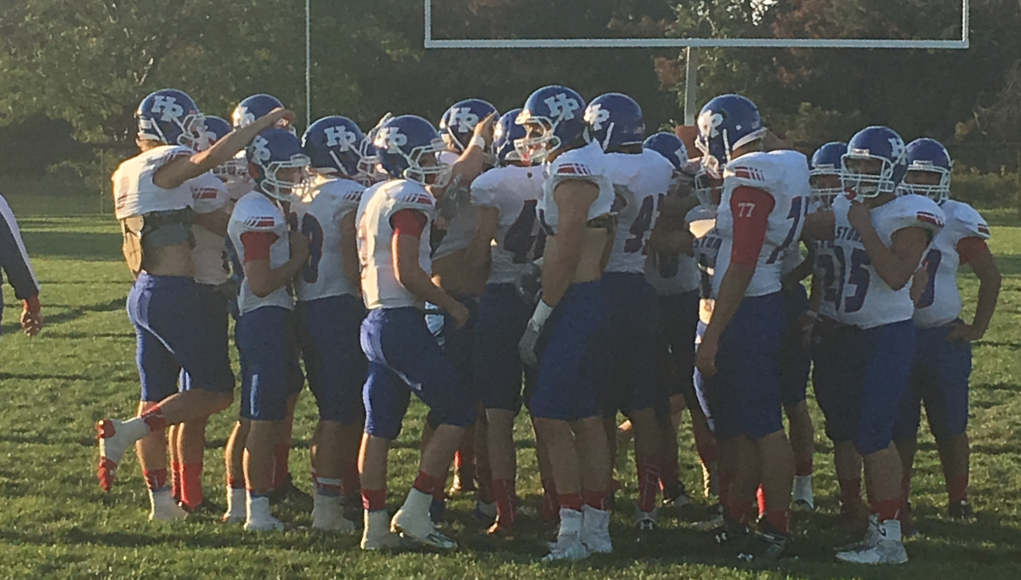 StrivSports.com senior writer Tony Chapman wrote this commentary on Saturday morning in reaction to coaches being blamed for many of the problems in youth and high school sports. On Monday morning it had been viewed just over 2,500 times, but as of 3:00pm Wednesday it had over 62,000 views on Medium. We wanted to share it with our followers. Thank a coach you know and tag them when you share it.

In the spring of 1991, my favorite football coach at my high school was fired. Not from teaching social studies, or history or, heck, even coaching the girls basketball team. He was still good enough for that.

Earlier that fall, he’d gone through an awful season. One win. Eight losses. Lost some close games his young team should have won. He started a majority of underclassmen, only three seniors were on the team.

Yeah, when my favorite football coach was fired during my freshman year of high school it wasn’t much fun for a few days at my house either. See, my favorite coach was my dad.

My Facebook and Twitter feeds seem overwhelmed occasionally with a story about a coach who didn’t treat a kid the right way. Or, heaven forbid, they made them “lose their passion” for the game. Or that the coach didn’t give you a fair shake.

Ugh. Really? Were I to listen to the world, I probably should have quit football after my freshman year. Or something to that effect.

I certainly shouldn’t have stayed on the basketball team either, when a sophomore and a junior started in front of me when I was a senior.

Because, heaven forbid, we actually learn something from sports other than who should get the most playing time. If that’s your deal with youth or high school sports, do your kid and your coach and their teammates a favor: go play somewhere else.

The real reason we should play high school sports is to learn how to be part of a team, not break one up. To learn how to work hard and get better, even if that means not playing as much as you’d hope. To support someone else for the good of the cause.

Are all coaches perfect? Lord no. But, if you think they don’t want the best players on the field — the best chance to win games — you have another thing coming.

Consider for yourself what coaches give up in order to make your kid a better player, but, more importantly, a better person: time with their spouse, time with their kids (I know many coaches who miss their kids events or show up late, or get two hours of sleep after a road trip so they can coach YOUR KID). And, those, oh so fun 80–100 hour works weeks in season.

I can keep going. The coaches wife, like my mom, who volunteered to wash your kids uniform after every game. The little kid who has to go to practice just to hang out with his dad for a few minutes because after practice there is a film session and when dad gets home his kid is in bed.

And, we want to talk about losing passion? Sorry, I can’t go there with you. Not today. Not ever.

I have had the good benefit of being around coaches most of my life. Lived with one. Worked closely with many while I was in college. And, I’ve covered high school sports as a member of the media for almost 20 years. I’ve never encountered a coach who wanted to lose a game. Ever.

And, for the most part, I’ve never really seen a coach be out of his mind to give a kid a raw deal. I can’t say that I’ve seen the same from parents on the sideline or in the stands. Just last week, in a running clock football game, I witnessed parents asking a coach to call a timeout with 20 seconds left.

As a group, we should knock it off. That doesn’t make anybody better.

So parents, do me a favor. When you think your kid is getting a raw deal, make a choice: ask him or her to keep working hard and be a good teammate, or tell them to quit and do something else.

Most importantly, though, tell the coach you appreciate their hard work for all the student-athletes involved in that sport. Be kind. Be appreciative of the opportunity to participate. I can guarantee which choice, when faced with a tough one, will take them farther when they grow up. It’s just a matter of us helping them get there.